Heritage Hogs in a Respectable and Responsible Environment

The piglets are almost six weeks old! They are growning quickly, and they are very active. I dropped a bucket into the pen the other day and they loved playing with it.

What is a Mulefoot Pig? 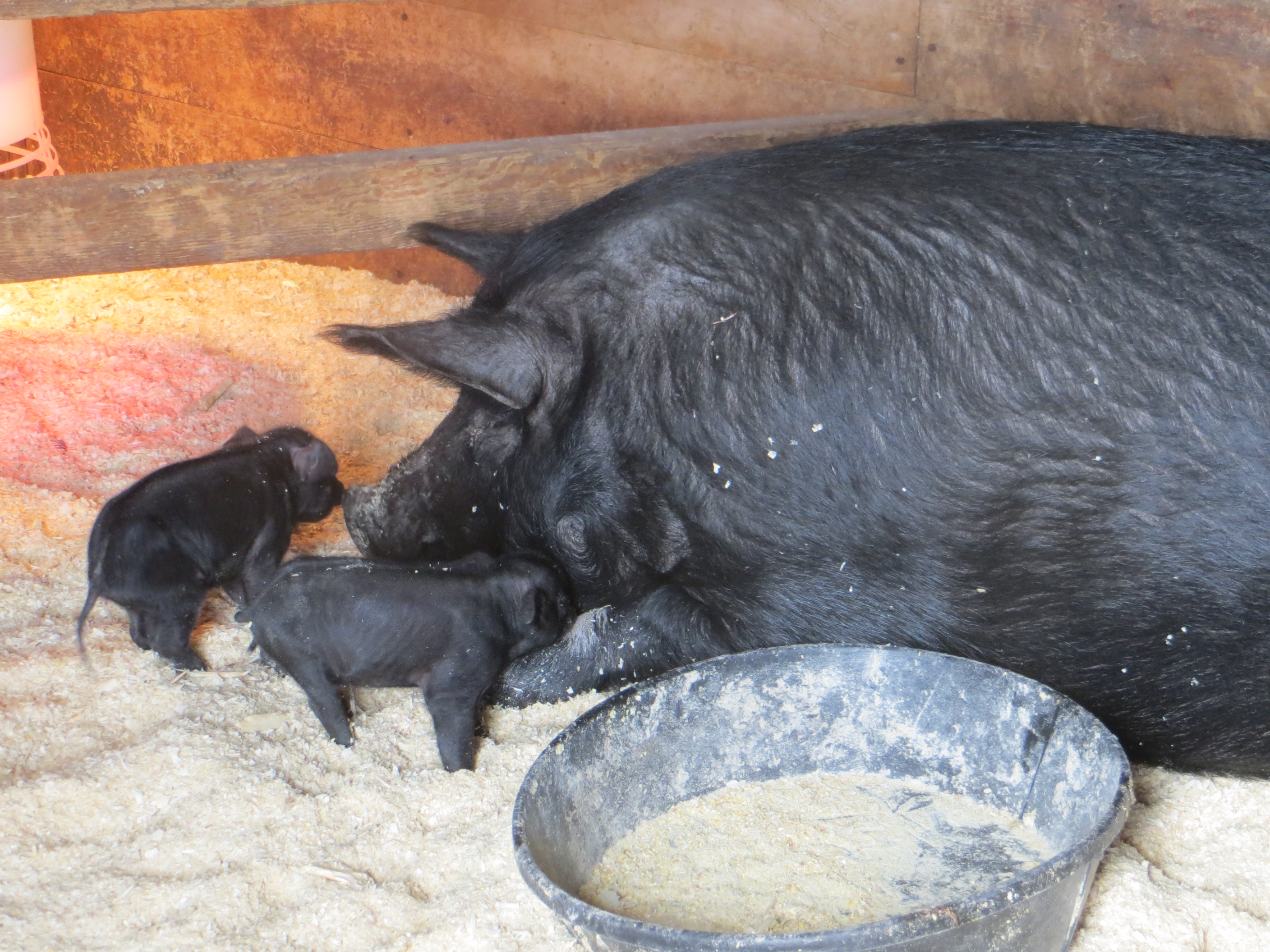 Today, the Mulefoot is the rarest of American swine breeds.The most distinctive feature of the American Mulefoot hog is the solid hoof which resembles that of a mule. The Mulefoot is a large docile, black hog with sows weighing 250-400 pounds, boars 350-600 pounds. The American Mulefoot has a documented population with a breed standard and a long history of agricultural use. This breed is unique to the United States and is critically rare. Recent events, however, have led to more optimism regarding its survival.
Animals favored by modern agribusiness aren’t those happy creatures featured in children’s books. They’re bred to emphasize marketable features: cows that deliver rivers of milk, for example, and pigs that produce uniformly large, low-fat pork chops. Other characteristics, such as resistance to disease or tolerance for heat, have been downplayed, because farmers can compensate with advanced care techniques and medicine. “Through better animal health, through better medicine and better control of the environment, we in a way obviated the need to breed these animals for hardiness in resisting negative environmental influences, including disease,”. “We have created a very delicate animal.”
The Mulefoot Pig and other heritage breeds thrive and are a hardy breed. Unlike the commercial breeds of today. They do not fit the description of “delicate”, thus are perfect as a farm addition.

The Mulefoot hog population is classified as Critical by the American Livestock Breeds Conservancy (fewer than 200 in annual registration). However its outlook is improving. It is now being raised by breeders across the United States

Without farms like Diggin Dust Heritage Hogs, the Mulefoot could become an extinct breed. Creating a market for the Mulefoot has increased its numbers, and will guarantee that the Mulefoot will be prolific and hopefully come back in record numbers in the near future.

Here are some good links to find out more:

Theme by Anders Noren — Up ↑